Antrim Blog
You are here: Home / Blog / What does Ray Dalio have in common with Trinidad James? 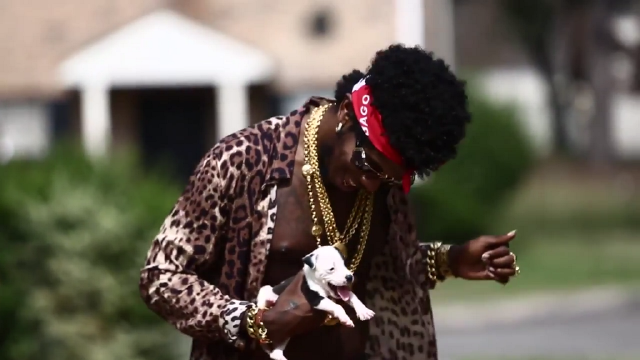 What does Ray Dalio have in common with Trinidad James?

May 13, 2020by Eric Jensen in Investment Philosophy tagged commodities

And Gold all in the portfolio.

I realize I'm not that funny, but there is a relevant and interesting investment point I can make that is related to that joke. For the past several - well - for a while now, we've been witnessing a steady normalization of the gold bug's investment philosophy among even the most esteemed professional investors. Historically, gold bugs have not exactly been ignored; but, I would argue they've drawn frequent comparisons to Chicken Little for constantly predicting the demise of the U.S. Dollar all the while "inflation" is conspicuously absent and the dollar is, well, fine. Is the sky falling, now? Let's ask Fred Hickey, who writes the fantastic investment newsletter "High Tech Strategist" that used to be about Fred's portfolio of tech stocks - these days it's about gold:

The logic actually is really simple. Almost everybody understands it. The Fed (and the Treasury) are printing money as fast as they can and we have (roughly) the same amount of actual stuff today that we had yesterday, so it would stand to reason that it will take more money tomorrow to buy the same amount of stuff you bought yesterday. But this has been true for as long as I can remember. So what has changed, today? Why are all of these investment luminaries buying gold now, when before they were concerned about deflation (Dalio), or focused on individual companies and security analysis (Einhorn), or short bonds and long agricultural land (Hendry), or ... long China (Druckenmiller - and then short China, and then long China again)?

And what of inflation? The government has been printing money since the press was invented. Where is inflation? Today's wsj.com headline would imply it's not here, yet: Consumer Prices Fall 0.8%, Most Since 2008 (on a year over year basis, prices are still up 0.3%, supposedly). I'm going to quote Fred again, from this month's issue of "High Tech Strategist," as it turns out the devil is in the details:

"Last month the BLS reported the CPI index for March increased 1.5% year-over-year, but the number was depressed by a sharp drop (10.5%) in the gasoline index (doesn't help much as people currently aren't driving), airfares (people aren't flying), lodging away from home (people aren't traveling), and apparel (people aren't visiting retail stores). All these category drops held the CPI down, while the things Americans are spending money on including medical care, food, auto insurance and education all rose more sharply." You really can't eat an iPad.

If you're prone to exasperation you're probably thinking this, too, is not exactly a NEW phenomenon. The "I can't eat an iPad" movement actually started in 2011. So I'll add a little color of my own.

Since the great financial crisis and great ("Terrible, yes, but great." - Garrick Ollivander) recession inflation has been absent because the supply of money actually hasn't been increasing as fast as the government press has been running. This is because of something known as, "the moneyness of credit." Or - "debt is money. Money is debt." As in, when I take out a loan (debt) to buy a house, and buy your house, you deposit the proceeds (money) in the bank and they lend your deposits out to someone else (debt) who uses the proceeds (money) to - well you get it. When the banks lend, they actually create money out of thin air. So how much money is there? Well how much debt is there?

In 2008, when "QE" first became a household term, the federal government started issuing debt in record numbers. Unprecedented indebtedness that repeatedly made headlines, and continued to for a decade, as it continues to today. But TOTAL debt has been falling, at least as a % of GDP, look:

Pink is bigger than ever before, but we're no more indebted today than we were in 2009 (or we weren't, three months ago), because we've been resolving and restructuring and eliminating mortgage debt this whole time. The money the federal government printed over the last decade was little more than a formal recognition of the money the banks had already printed during the housing bubble.

What's CHANGED, then, is the government's printing press has finally lapped the American households' persistent, and beautiful (to quote this post's titular investment idol), deleveraging. In a little less than 3 months we've taken total indebtedness from ~ 180% of GDP to over 250%. Households can't tighten their belts anymore, and the government printing is in overdrive. The Committee for a Responsible Federal Budget projects that the nominal amount of Federal Debt (the pink alone) will exceed GDP in 2020 for the first time since World War 2. It's clear that the slope of the Debt-to-GDP graph is no longer negative. Does that mean that this is a decade for inflation, even as last decade was a decade of deleveraging?

I am long GDX, the VanEck Vectors Gold Miners ETF.