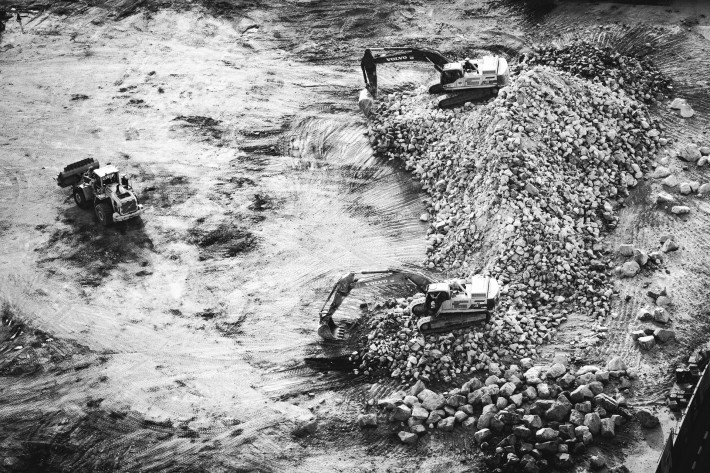 In Chapter 8 of his book, One Up on Wall Street, Peter Lynch imagines a company with all of the characteristics that make for a perfect stock. Some of these characteristics (“There’s something depressing about it,” for example) feel quaint, though accessible. Others hint at technical glitches with the efficiency of the stock market’s price discovery process, like: “It’s a Spinoff” (Spin-offs are notorious for outperforming the market, for a whole host of reasons that will no doubt be the subject of future blog posts). All of his characteristics, however, are getting at the same thing: there has to be a reason that all those smart people on Wall Street haven’t discovered this fantastic opportunity and snatched it up for themselves, otherwise, you’re wrong, and you haven’t met the perfect stock.

But that doesn’t mean that there aren’t basic economic and business concepts that occasionally confuse the savviest of us.

Here’s a thought exercise: Would you rather own Walt Disney, Co., or a local rock pit?

The answer is Disney, obviously. This is my first blog post, I wasn’t going to ask a hard question. So why does Peter Lynch, formerly “America’s number-one money manager” according to the dust jacket of his own book, write, in Chapter 8: “I’d much rather own a local rock pit than own Twentieth Century Fox”? He’s obviously being a bit hyperbolic, but he’s trying to make a point about something economists might call, “competitive barriers to entry,” about which you, and I, and Peter might say, “it’s got a niche.” The owner of the local rock pit sells dirt, literally, which is used, in aggregate, as a construction and building material. Fox, on the other hand, is one of the most successful American film studios. It’s easy, conceptually, to shovel dirt. It’s a sight harder to manage the theatrical release of Ad Astra. But that doesn’t mean that Twentieth Century Fox doesn’t face competition. On the contrary, Warner Bros., Sony Pictures, Universal, and Paramount would have a bone to pick if you were to suggest as much.

But then, what about the local rock pit? After all, anyone can do it.

It turns out that in the vast majority of cases, localities have one, and only one, rock pit. Rocks are heavy, so it’s difficult to carry them long distances. So if you want rocks, you kinda gotta go to the local pit. That’s their niche. It may not be glamorous, but it’s a niche. And it means that as long as there are people who want rocks, there’s a job for the guy who owns the rock pit. That’s why Peter Lynch says he’d rather own the pit.

But to get back to the topic at hand — which is the philosophy of investment management — I would submit to you, dear reader, that even the cumulative, distributed genius of Wall Street professionals and the wisdom of crowds is no match for the occasional tendency to mistake something impressive for something rare, and that Wall Street’s vaunted, efficient price discovery mechanism sometimes — well — goofs.

Take a modern marvel of creativity and engineering, the Tesla (TSLA 133.42 +6.25 +4.91%) Model S. “Built for speed and endurance, with ludicrous acceleration, unparalleled performance, and a sleek aesthetic,” if you had asked Tesla to describe it themselves, that is. But really, it’s a great car. I want one, I don’t have one. Tesla, however, is not the local rock pit. Tesla is an auto manufacturer (among other things, but for the purpose of this discussion, we need only concern ourselves with their primary raison d’etre, which is to build cars). And as an auto manufacturer, they face some global competition. In particular, I am thinking of: General Motors, Ford, Fiat/Chrysler, Honda, and Toyota. I’m thinking about those five, because they are publicly traded on the NYSE, and because they are the five manufacturers with the largest market share in the United States as of January 8th of this year. These companies collectively represent over 2/3 of the domestic auto OEM industry. Tesla is dead last, with 1.1%. Now - that’s fine. Ferrari doesn’t have a huge market share either, and who wouldn’t want a Ferrari? But here’s what I find curious:

Tesla is the fourth largest by total enterprise value. They are a larger company by virtue of their equity valuation than Fiat/Chrysler and Honda combined. These are firms that are 10 times the size of Tesla by market share, and they are smaller by market cap. Does that mean that Wall Street has goofed? Have the geniuses running the world’s money lost their minds? I have my suspicions. But this is not where our analysis ends. This is where it begins.

The investor’s task, and the job of the equity analyst, is to identify a potential inefficiency (Tesla’s market cap doesn’t match their market share) and then determine why the market has put Tesla in this position. It’s to figure out if Tesla has a real niche that provides sustainable barriers to entry and foretells exorbitant future sales success and profitability, or if they are “merely” making a really cool car.

If you thought to actually buy shares of TSLA at this price, you would have to reasonably explain why it doesn’t matter that TSLA has never been profitable. You might want to know how, over the past year, Tesla generated nearly $900M of cash flow through “working capital.” You would have to assume that TSLA sales will quintuple, at least, just to justify its market cap in the upper echelons of the competitive automotive manufacturing industry, and you’d want to be able to justify your assumption. It’s not enough to know that Tesla has done something impressive. The equity analyst seeks to determine whether or not Tesla has done something that can’t be replicated. They seek to determine whether or not there are defining characteristics of Tesla’s success that are not appreciated by other market participants. And they seek to determine whether or not Tesla will ultimately live up to the other analysts’ expectations.

I’d rather just own the rock pit.

Disclosure: I have no positions in any of the stocks mentioned herein, and no plans to initiate a position in any of those stocks in the next 72 hours. I have no business relationship with any company mentioned in this post, and I am not being compensated for its publication.

This is a blog post, and it is not intended as a recommendation to buy or sell any of the securities to which it refers.