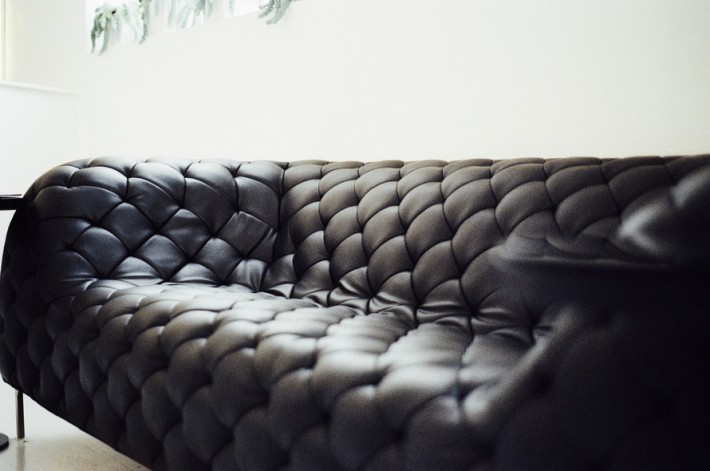 If you are wondering what mental health theory and practice have to do with investment management, you’ve probably never managed client assets. I’ve spent nearly 11 years on the buy-side managing assets for individuals and institutional investors, and it took me all of that time and then some to begin realizing the full importance of recognizing and regulating my emotional response to the fluctuations of the market, or the relative success or failure of my recommendations. I won’t ever master it.

Of course, everyone is familiar with the concept of “Behavioral Finance.” Daniel Kahneman was awarded a Nobel Prize in 2002 for his work recognizing and quantifying the bounds of rationality for economic decision makers. But, while academic economists have been having a statistical debate about the bounds to rational decision making for decades, and mental health professionals have been honing their understanding of irregular emotional responses to stimuli for decades, investors (who are generally not practicing academic economists or mental health professionals) have too often reduced the tenets of behavioral finance to a set of trite and contradictory aphorisms and tautologies that substitute the appearance of profundity for practical, actionable advice.

Who isn’t familiar with Warren Buffet’s famous advice, “be fearful when others are greedy, and greedy when others are fearful.”? Behavioral finance would tell you that the Oracle of Omaha has done an exemplary job over a long and illustrious career at avoiding “herd instinct,” which is a rather obvious behavioral bias which stems from the evolution of human beings as social creatures, who frequently must use cooperation and the accumulated intelligence and instinct of the herd to survive when confronted with predators who are faster and stronger.

Behavioral finance would tell you that asset prices tend to over-value consensus thinking and undervalue data points that challenge the consensus, because on average, it’s too easy for market participants to give into their base instinct and follow the herd, rather than making a hyper-rational decision.

But behavioral finance would also tell you that investors frequently exhibit a dangerous overconfidence bias stemming from a self-serving mental heuristic which falsely attributes outcomes to your own analysis as opposed to market forces, or the illusion of superiority, which is evident in surveys that demonstrate the vast majority of market participants believe they exhibit above average skill (I shouldn’t have to explain how that could not be possible).

For most of my career I have dismissed the insights of behavioral finance because I’ve felt that there was a tenuous link between the theory and its practical application. Have courage in your conviction, but don’t be overconfident sounds more like something an emotionally overwhelmed parent tells a child heading off to college than something like useful advice for financial professionals. But I have discovered better tools to explore my emotional responses to market forces in the field of dialectical behavioral therapy.

In dialectical behavioral therapy (“DBT”), therapists use the concept of a reasonable, emotional, and “wise” mind in order to guide patients towards more regulated decision making and consistent outcomes. In this framework, the reasonable mind is the home of rational thought. (Most investors think they live here all the time, but all Star Trek fans understand there are limits to the practical application of hyper-rationality) The emotional mind is the home of emotional responses, which provide our cerebral cortex with evolutionarily useful signals that may or may not be better suited to the Serengeti than the New York Stock Exchange. By recognizing both mind states for what they are, and sitting with both rational and emotional reactions, the patient is able to access a third mental state, the so called, “wise mind,” which represents a useful and productive reconciliation of the strengths and weaknesses of both other states.

The therapist’s subject is encouraged to map their thoughts and feelings onto a literal venn diagram – feelings go into the emotional mind circle, and data goes into the reasonable or rational mind circle. It is, perhaps the practice of writing things down, or maybe just the pause inherent in the study itself that allows the patient to sit with their feelings for a moment and recognize them for what they are. By taking time and inventory of emotional responses, the patient becomes able to differentiate useful signals from noise.

How is this any better than our starting point? I’ll give you two practical examples.

I’ve recently been publishing security analysis on Seeking Alpha, where commenters frequently weigh in on your work with their own opinions. Almost every time I receive a notification that a commenter has posted on my article, my heart rate quickens, my breath gets short, and I feel tension deep in my abdomen. It’s honestly terrifying. It’s a pure, physical expression of fear. My identity is wrapped up in the success or failure of my recommendations, and I perceive that the public’s perception of my abilities in the investment arena are relevant to my career and my ability to put food on the table. When you post that I’m an idiot on Seeking Alpha, I literally “feel” threatened. Of course I am not. But after recognizing this insight, it’s easier for me to differentiate between two commenters: One told me I was an idiot (he’s entitled to his opinion, but I retain courage in my convictions); another told me that I was wrong about the date Michaels’ Companies’ term loan matured (I was). In the second instance, I was able to recognize that the fear I felt was useful in motivating me both to correct my notes, but also to reevaluate my entire investment thesis given that I had previously been using incorrect information. That doesn’t mean I lack the courage of my conviction, it means that my fear response is useful professional motivation.

Another example: The markets have been extremely volatile. Michaels Companies’ reported strong May same store sales comps last Thursday, during a week when almost every highly levered business with substantial short interest was rallying, and the stock popped, like I had said it would. I thought to trim my position, and add to relative underperformers in my portfolio, and while I was logging into my brokerage account, I felt very calm. My posture was better than average, my breathing was slower. This comfort is overconfidence bias. It’s a form of self-attribution or illusory superiority.  Michaels’ hardly rallied any more than any other junk retailer last week, and I wasn’t making a profound adjustment to my portfolio construction by selling shares and buying something else, I was executing a simple rebalancing algorithm. I don’t do that as well or as often as a computer can, so, there’s that.

I ended up trimming anyway and I’m glad I did, because we were approaching a near term top in a market that had become overwhelmed by speculative fervor. But I think it’s important to notice here, I didn’t do anything profound, and I need to understand that the actions I’m taking aren’t profound. Am I taking profits after a successful recommendation and running a victory lap, or am I executing a simple portfolio rebalancing? If it’s the latter, is this the time to rebalance the portfolio, or am I only doing it because I feel as though it’s a victory lap?

Honestly, I can’t say for sure. But I can say that I have taken an inventory of the emotional responses I have to my trades, and I can reconcile that inventory with my own self assessments and the lessons of behavioral finance.

I’m not sure if I have a new appreciation for behavioral finance or not. But I’ve definitely arrived at an appreciation for dialectical behavioral therapy techniques. I’d recommend them to anyone challenged with frequent decision making in a professional capacity.

Disclosure: I am long MIK. I do not have a business relationship with any company mentioned in this blog.