Antrim Blog
You are here: Home / Blog / Reminiscences of a Stock Operator, Or: The Anatomy of a Short Sale 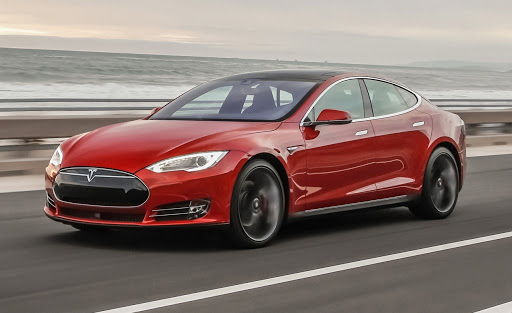 Reminiscences of a Stock Operator, Or: The Anatomy of a Short Sale

When I first decided that I would launch Antrim Investment Research, I wrote a blog post entitled, "Investment Philosophy: The Local Rock Pit," that meanders through some of my thoughts about the philosophy of security selection as well as my reaction to Peter Lynch's folksy-investment-guru styling from "One Up on Wall Street." Candidly, at that time I hardly knew the difference between Squarespace and WordPress, and my goal was merely to explore the capabilities of my new investment advice pulpit. But today I felt that I should revisit that post, because I had committed the rather egregious sin of teasing my audience with a skeptical take on Tesla Inc. (TSLA 133.42 +6.25 +4.91%) while disclosing only that I had no position in the name either way. That feels rather cowardly, so I'll endeavor to rectify the situation today.

Those who have worked with me in the past (or spoken to me a few times) will be aware that I am rather bearish on TSLA, the stock (I do think the cars are cool). I might as well have said so in the aforementioned blog post - I did indicate that I did not share the market's optimism. But all of that has been true since TSLA crossed $200 in 2014. It was trading near $750 when I wrote that blog, and it's closed today at $745.21. I wasn't short then, and I'm not short today - but I did make a mistake in the interim. I shorted TSLA in some size towards the end of March, and covered that position at a loss in mid-April. I'm not going to go into much detail about TSLA's fundamentals or valuation in a quick blog post (though I will likely do so at some point in the future), but I would like to take this opportunity to talk about something you don't usually hear about from investment professionals: my mistake, how I made it, and why, so that you might gain some insight into my investment process, or learn something about short selling and risk management.

I am, at heart, a value investor. I'm a bottom-up stock picker; an old-school security analyst versed in the art of qualitative fundamental analysis. I relish in the knowledge that the market is inefficient and provides me with mis-priced investment opportunities on a daily basis. I endeavor to identify them, and I invest in those securities with the conviction that my diligence is adequate to inure my portfolio against the risk of permanent capital impairment. In fact, I hold only one professional belief with greater conviction than that I reserve for my precious investment portfolio, which is: I have been, and will frequently continue to be, wrong. It presents something of a paradox for the self assured professional.

In the end, the resolution of this paradox is rather simple. You have to install some type of risk management or mitigation into your investment process, because betting the house every single time is guaranteed to end in ruin for anyone who runs the risk of being wrong one time. Most investors will be familiar with the concept of diversification as a risk management strategy. I like diversification, to a point. Eventually I do believe that diversification dilutes my time and attention away from my best ideas, but I, like any responsible professional, understand the need to have at least 5-7 uncorrelated ideas in the portfolio at all times. At an even more fundamental level, though, one must practice self-reflection and self evaluation. The successful investor must constantly re-evaluate their thesis anew, re-testing assumptions and modeling ever more potential scenarios in order to constantly reassure themselves of the validity of their initial analysis. Armed with this knowledge and a desire to be intellectually honest with myself throughout the investment process, I confidently tolerate even extreme volatility in my long investments while I await the rewards I know that patient, long term investors reap.

Short sellers do not have this luxury.

The very nature of the short sale does not afford the investor the ability - no matter how patient and self assured they may be - to wait out any and all volatility, secure in the knowledge that their analysis is sound. The short seller, quite simply, has sold something that does not belong to them. It doesn't matter whether it's old or new, or whether it's blue. What we can say for certain is, it's been borrowed, and the short seller has sold it. This can present a problem when its owner wants it back, and it does present a problem for the security analyst awaiting the encounter between price and intrinsic value.

When you sell a stock short, your risk management process cannot consist solely of re-evaluating your thesis and re-testing your assumptions, because you do not have the luxury of outlasting any and all volatility. But neither is the short sale a rare and mysterious thing that must be approached with unprecedented caution and treated with fear and reverence. It's really just a bet that a stock will go down and it requires a bit of risk management. For whatever reason, probably because I'm a simple guy, I've always preferred simple solutions to my difficulties, and I've resolved this one by adhering to just about the simplest system I've ever heard of: the same one prescribed by the character, "Old Turkey," in "Reminiscences of a Stock Operator." When asked for investment advice, Old Turkey would only ever say one of two things, "It's a bull market, you know," or, "It's a bear market, you know." If it seems controversial that you could distill all the investment advice accumulated over the course of a successful career in the markets down to one pithy aphorism, it's because most people seem to think things are a sight more complicated than that. But as far as I'm concerned, it's a pretty good place to start. The lesson, such as it is, is that you shouldn't spend a lot of energy fighting the general trend, since trends tend to persist.

All of which brings me back to Tesla. I am willing to say that I do not believe that Tesla is properly valued by the market, and I am willing to express my skepticism about their ability to service their debts without raising additional dilutive equity by selling the shares short. What I am not willing to do is stand directly in opposition to an ongoing, exuberant, speculative fervor in TSLA shares. It might seem simple, but it saved me a lot of money simply NOT being short from around $200 to wherever TSLA peaked ($917.42!).

In Q1 of this year, however, two things changed. First - we entered a bear market and TSLA stock stopped going up. That's not enough to short the shares, but that's another essay for another day. Second - the Covid-19 pandemic and enforced social isolation measures resulted in the closure of TSLA's Fremont, CA manufacturing facility. Together, I saw a catalyst that directly (and negatively) impacted TSLA's ability to service their debt, and a shift in the prevailing market sentiment that favored the short seller, and I initiated a position.

I patiently endured a (typically) violent bear market rally in late March and early April, until the sentiment shifted again. While the S&P remains (in my opinion) comfortably in bear-territory, TSLA has begun to revisit its over-exuberant speculative fervor phase on the strength of a new thesis. Investors have started to believe that long-feared competition from the legacy auto-OEMs in fully electric vehicles will be scrapped or delayed as those companies struggle to re-open shuttered factories in the wake of the pandemic (to me this sounds a bit like a tacit admission that competition would've been a challenge for TSLA, but hey, the punch is already spiked, drink up!). TSLA bulls, assured of TSLA's survival, are equally assured of the demise of the traditional auto OEMs. And, it being the case that those same OEMs are, in fact, heavily indebted, enough credibility is lent this new wrinkle on the TSLA bull case that we're back off to the races. While my opinion on TSLA's fundamentals has not changed, I am forced to admit we are back in a bull market (as far as TSLA is concerned, anyway).

So for now: I covered my position, at a loss. I'm confident that when the time is right I'll get my money back. With interest.

Disclosure: I have no positions in any of the stocks mentioned herein, and no plans to initiate a position in any of those stocks in the next 72 hours. I have no business relationship with any company mentioned in this post, and I am not being compensated for its publication.

This is a blog post, and it is not intended as a recommendation to buy or sell any of the securities to which it refers.