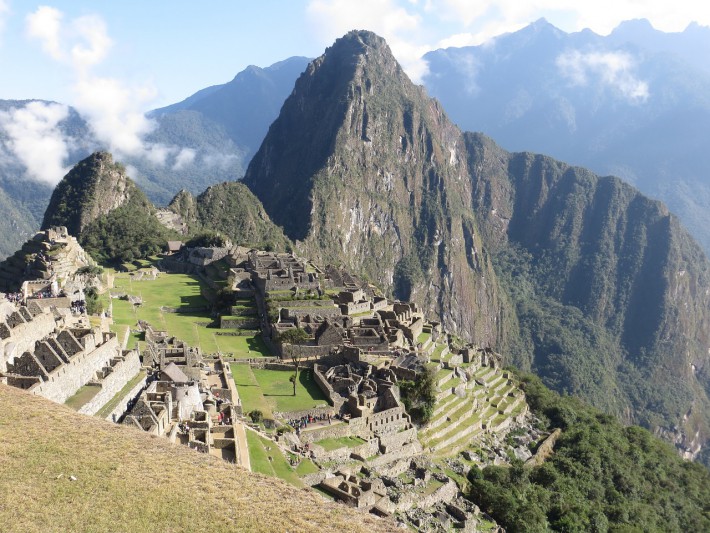 Thinking like private equity: DESP, and the advantages of long term horizons.

On Wednesday, April 1st, I published the very first issue of my investment ideas newsletter, Idiosyncratic Risk, which can be found on my website, https://antrimresearch.com/newsletter/ featuring a "long Despegar" recommendation (DESP 6.61 -0.04 -0.60%). As a result, over the ensuing news cycle I was hyper-aware of a constant refrain from pundits and guest commentators alike on CNBC that went something like this:

"You have to be selective in this market. You can't just own the index, because the index owns travel stocks, and the index owns highly levered companies, and while you can look for buying opportunities right now, you cannot own travel stocks, and you cannot own heavily indebted companies." To which I would haughtily reply, "I can do whatever I like, thank you very much!" but I do understand the sentiment, and I do challenge myself not to be contrarian merely for the sake of becoming an iconoclast, without better reasoning and rationale. In addition, I received some interesting questions and feedback from those who did read my newsletter, so I felt it would be appropriate to follow up and explain exactly why it is that I own Despegar.com in the middle of a global pandemic and travel lock down, and to whom, precisely, I would recommend purchasing shares.

One of the core beliefs I hold that inform my investment style and philosophy is that it is far easier to predict the general arc of the future than it is to predict the specifics. As an example, I could not presume to guess what the price of a barrel of oil will be at the end of Q3 this year. But I can say with moderate conviction that global dependency on fossil fuels as the predominant source of energy will be significantly reduced over the upcoming decade. Without getting into politics, I would imagine most meteorologists would tell you that they have greater confidence in the IPCC global climate model's predictions about average temperatures five years from now than they do in predicting the likelihood and amount of local precipitation in one week's time. And if I might attempt to circle back to the topic at hand, which is travel, travel related stocks, and Despegar.com, I cannot tell you precisely when the U.S. and Mexico will ease international travel restrictions and border controls, but I do believe that Cabo and Cancun will remain popular vacation destinations for U.S. travelers 3 years hence - and 5, and 7, and 10 years from now for that matter.

Honestly, none of that is really very controversial. The problem, as the "you-can't-own-travel-stocks-right-now" crowd sees it, is the opportunity cost of capital. Most professional investors, try as they might to maintain a long term investment horizon and benefit from the "easy" predictions like, "Cancun isn't going away," are beholden to mark-to-market accounting and short term performance reporting requirements. Their clients are free to redeem their investment and fund a manager with better near term performance. The CNBC pundits are similarly aware that their audience has a great short term memory, and that they are only ever as smart as their most recent recommendation. Where we might all agree that DESP is worth more than its current price, and will likely trade higher over the next 5 to 7 years, we will find no agreement or certainty as to what the next 6 to 9 months hold. It is highly likely, in fact, that Despegar will not be the best performing stock on the NYSE over the next six months. In all probability, it will not be anywhere close. Capital parked in DESP over that time period is no more likely to outperform the S&P than in any other stock a blind monkey could hit with a dart. And THAT is the cost that most are unwilling or unable to pay. The opportunity cost of missing out on today's hottest issues is simply too great, and many or most would prefer to pay a higher price for DESP, later, armed with the certain knowledge that travel restrictions are easing and vacationers are emerging from self isolation. To most, it feels smarter to attempt to invest in near term certainty, despite the utter lack of evidence that there is profit to be made in certainty, and the plethora of evidence that would suggest long term market inefficiencies like, "low P/E ratios," persistently outperform.

There are those, however, who do manage to fight the current of popular opinion and ignore mark-to-market volatility. Investors like Seth Klarman at Baupost, who enjoy a more-or-less permanent base of investor capital or Warren Buffet at Berkshire who enjoys a permanent base of capital. And private equity. Private equity requires investors to agree to a lock up period of 7-10 years during which their illiquid investments in whole companies are allowed to mature largely free of a mark-to-market performance reporting requirement. And while some under-perform, it is rare to see a private equity fund actually squander investor capital and produce negative returns. Your author counts himself amongst those who enjoy a permanent capital base - I invest only my own money, and I don't have to worry about clients redeeming. I need only satisfy my own investment goals to continue employing myself. As a result, I try to think like private equity as much as I can.

In the case of Despegar (DESP 6.61 -0.04 -0.60%), it is plainly obvious that Despegar is a company of the caliber that long term investors should find attractive. Despegar is the leading online travel agency in Latin America by both market share and brand awareness. Statistically speaking: Despegar increased gross bookings +26% in 2019 in local currencies, despite -3.5% GDP growth in their second largest market, Argentina. In 2015 and 2016 they reported USD revenue growth in excess of 30% despite -3% annual y/y GDP in their largest market Brazil, in both years, and overall LatAm GDP growth of -0.5% in 2016. As recently as 2017, the company generated $40M of free cash flow ($0.58 per share), and they remained cash flow positive even during a difficult 2019. The company has grown revenue in USD at almost an 8.5% CAGR over the past three years, despite macro-economic weakness in Latin America and difficult currency translation headwinds into their reporting currency, USD. They generated, at peak (2017), $0.61 of earnings per share, and 13.6% operating margins. As of their December 2019 investor day, they expected the company to double in size over the next five years. And why not? Euromonitor estimates that the LatAm travel market is growing at over 9% annually, with the online travel market growing even faster, and Despegar continually taking share from a fragmented base of local travel agencies.

But at what cost comes this growth? Surprisingly little, in fact. Despegar operates with negative working capital as a result of the fact that they take cash from customers up front, and pay hotels (in most cases) 45 days after their customers check out. The company has over $300M in cash on its balance sheet at its most recent reporting date (12/31/19) and only $19M in debt. They have one material liability, which is $261M in accounts payable that represents, for the most part, future payments to hotels that will not be made due to the current global pandemic, and instead turned into one-time cash refunds to their customers. But DESP has enough cash on their balance sheet to refund 100% of their current payables balance, with money left to spare. They have agreed to make an up front payment to acquire the Mexican travel agency "Best Day" of $88M during 2020, but I strongly suspect that the material adverse change clause of their merger agreement will allow Despegar to renegotiate either the price or the terms of the deal, or walk away entirely, should such a need arise.

In Despegar, we find a late-stage growth company, self funding its own investment in local currency revenue growth in excess of 25%, with net cash on the balance sheet, trading at barely 10x 2017 EPS, and taking market share of a fragmented growth industry. If I allow myself to think like a private equity investor, or a late stage venture investor, I find that I am absolutely salivating at the prospect of taking a stake in DESP today, to be valued 5 to 7 years hence, when the global Covid-19 pandemic is naught but a sour memory. If I can't escape the need to generate near term mark to market performance, I would, however, be unable to "get in front of" the company's customer refund liability and the uncertainty regarding the timetable for a resumption of so-called "normal" travel demand. Therein lies the opportunity, as I see it, for investors with a sufficiently long term horizon and the ability to ignore near term price fluctuations. You can expect above average 5-7 year returns, with greater-than-average conviction.

But I must give my readers one important caveat: you do have to be honest with yourself about your capital needs over the next 5 to 7 years, and your ability to stomach mark-to-market volatility in your investments. It's not clear that we will see ANY travel demand in 2020, let alone "normal demand." It's not clear that things will be "normal" even in 2021. We simply don't know. What I believe is that we will get back there, in time. And I believe that DESP shareholders today will be the beneficiaries.

Disclosures: I am long shares of DESP in my own account and the Antrim Investment Research portfolio, of which I am the sole beneficiary. Neither Antrim or myself have any professional relationship with Despegar or any other company mentioned in this blog, and I am not being compensated for its publication.